New Sculpture of The Queen Unveiled - Grapevine interview with the sculptor, Caroline Wallace

In honour of the Platinum Jubilee, Grapevine member, Caroline Wallace, created a lifesize bronze statue of The Queen aboard the RCMP's gift horse, Burmese, which was unveiled recently by the Earl of Wessex at RMA Sandhurst. 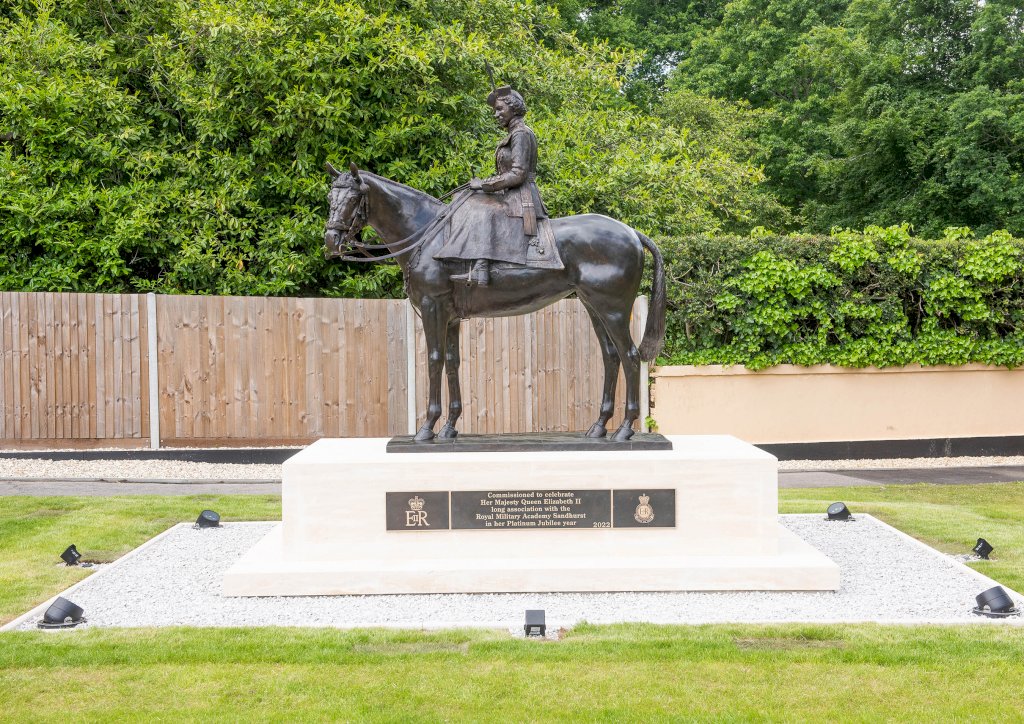 You’ve just had your life-sized sculpture of HM The Queen riding her favourite horse Burmese, unveiled at RMA Sandhurst by the Earl of Wessex to mark the Platinum Jubilee; how did the commission originally come about?

I won the commission in November 2020; there was a competition and each artist had to submit their idea of the best tribute to HM the Queen and we were whittled down to 6 and I was lucky enough to win the commission; I was hopeful but had no idea what anyone else had submitted. Given the brief, in my mind it had to be military. The Grenadier Guards was the first regiment her father gave her and the most important of the foot regiments. If the Queen was in uniform, she had to be on Burmese and so in my mind, I couldn’t do anything else.

The sculpture depicts her in the uniform of the Grenadier Guards at Trooping in 1984; it’s by far the most interesting, and most challenging commission I’ve ever had; I feel very privileged to have been involved in such a momentous and historic moment in our British history.

How did you go about doing all your research for it?

It sounds awful but in many ways, the pandemic proved a happy coincidence for me and it allowed me to plough on alone with the project in a rented barn just up the road.  No detail was left to chance, I carefully researched every aspect of the Army uniform and Burmese’s tack and saddlecloths and I visited the Royal Mews to see similar horses supplied by the Mounties while the Guards Museum at Wellington Barracks was opened especially for me.

I consulted the royal stud groom, Terry Pendry, side saddle experts, a show hunter judge and an equine vet to ensure every physical attribute and element of the uniform was correct.  I needed to get her  measurements right - the bronze is of her decades ago and not as she is now, so I needed to take measurements from her uniform to make sure that she was the right size.

In addition to this, because there wasn't the internet then, finding photos to work from took a significant amount of time - I struggled to find a good picture of her face and looked everywhere; then one day I realised that the picture of her on a £20 turned out to be very useful! 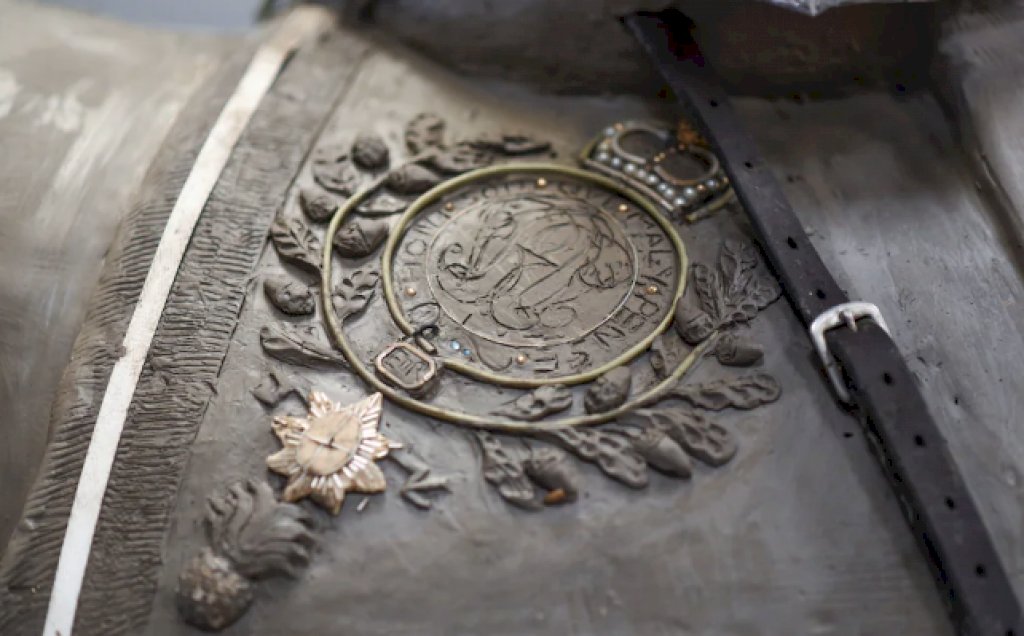 No detail was left to chance, as Wallace carefully researched every aspect of the Army uniform and Burmese’s tack and saddlecloth

How long did the whole process take?

It’s not so much the time, it’s the observation. It is a process of constant appraisal. I have been refining and redoing little things the whole time. I’ve had lots of wonderful commissions, but this is different, in terms of detail and because it’s the first time I’ve done a lifesize bronze with the subject mounted on the horse.  The Queen was kept updated with photographs throughout the creative process, although her personal views, as ever, remain unknown. I tried not to think about it too much!  The Queen already has several of my sculptures in her private collection, so with any luck she will approve of this one too! 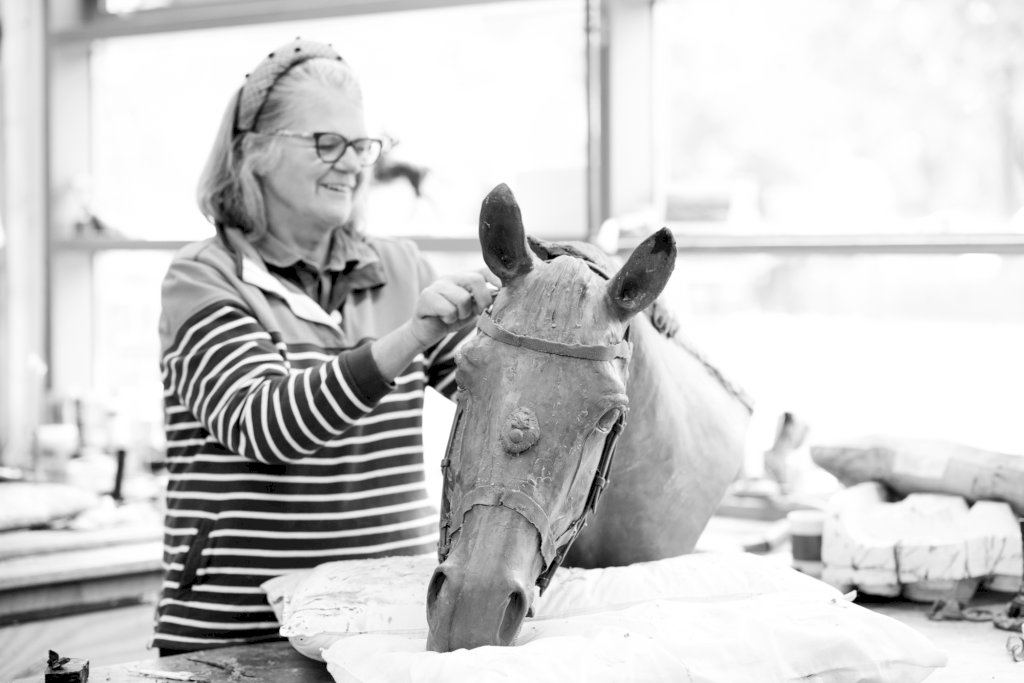 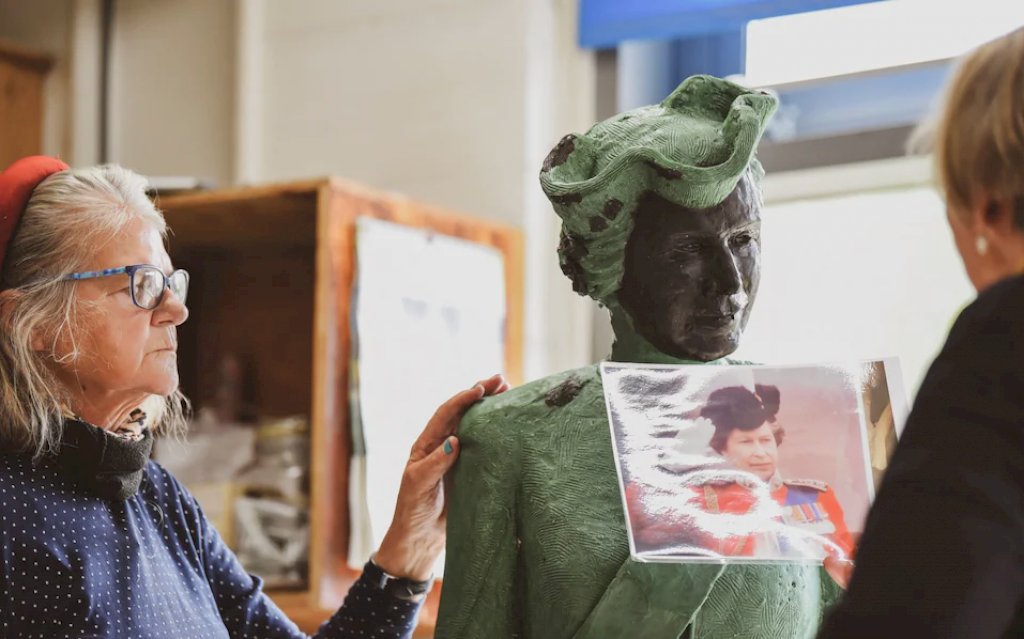 How did you first get into sculpting and do you have any formal training?

I began sculpting when I broke my  leg whilst pregnant with Pea and I was unable to ride or drive - I had done some painting and someone came to me and asked if I knew of any equestrian artists who would do a bronze sculpture of their horse, so I seized the opportunity and said that I’d do it; I was slightly winging it but it all worked out okay thankfully!  I never went to art college but mum was artistic and painted so the genes were there but really I just learnt on the job.

The majority of your commissions seem to be primarily of horses; do you come from an equestrian background?

I  worked with horses after leaving school, first for the hotelier George Goring and then for Alison Oliver, looking after Princess Anne’s event horses whilst I was there. I also groomed for Princess Anne at international competitions, such as the European Championships in Kiev, Russia, and I was responsible for Doublet, Goodwill and Columbus. I competed myself too and even won at the first three-day event held at Bramham, Yorkshire, in 1976!

I’ve also enjoyed a lot of hunting and I’m married to William, who was  former head of stewarding at the British Horseracing Authority, so have followed racing for years which could have arguably helped with various other lifesize commissions including The Queen Mother’s Whitbread winner, Special Cargo at Sandown and Double Trigger at Doncaster Racecourse and three Grand National winners too. 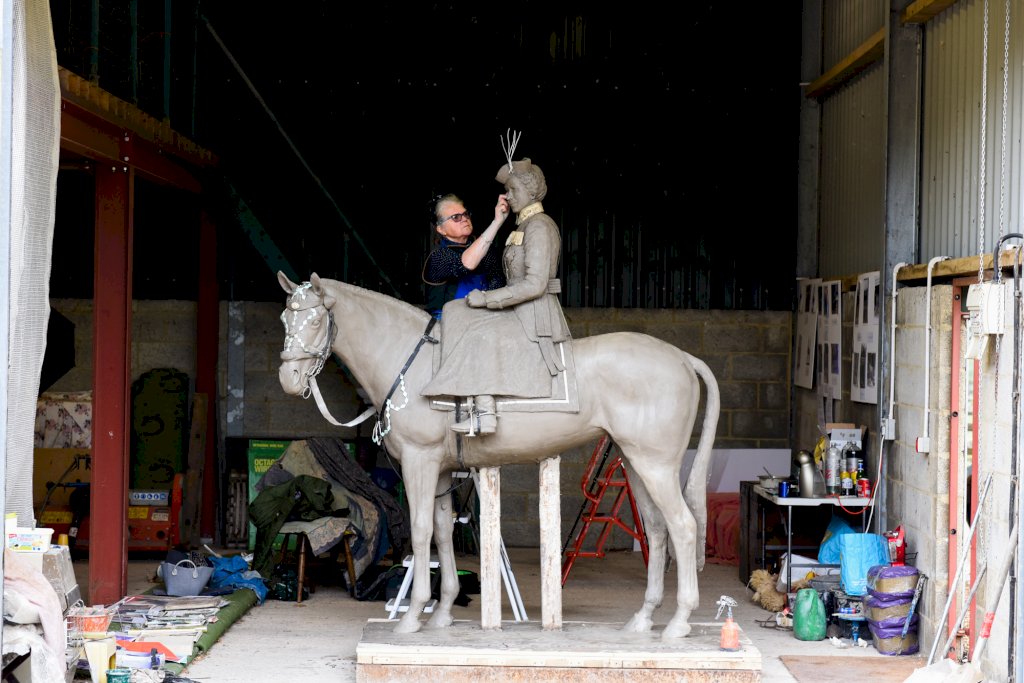 You seem to have had the most amazing and positive response to this tribute to HM The Queen since its unveiling; how are you feeling about it now it’s done?

All aspects of my life have led to this very special commission to sculpt the Queen for Sandhurst; it is a privilege to have been involved and it is wonderful to see it at Sandhurst.  I feel now both relieved and proud about what we’ve all achieved and I’m looking forward to my next project, whatever that may be! 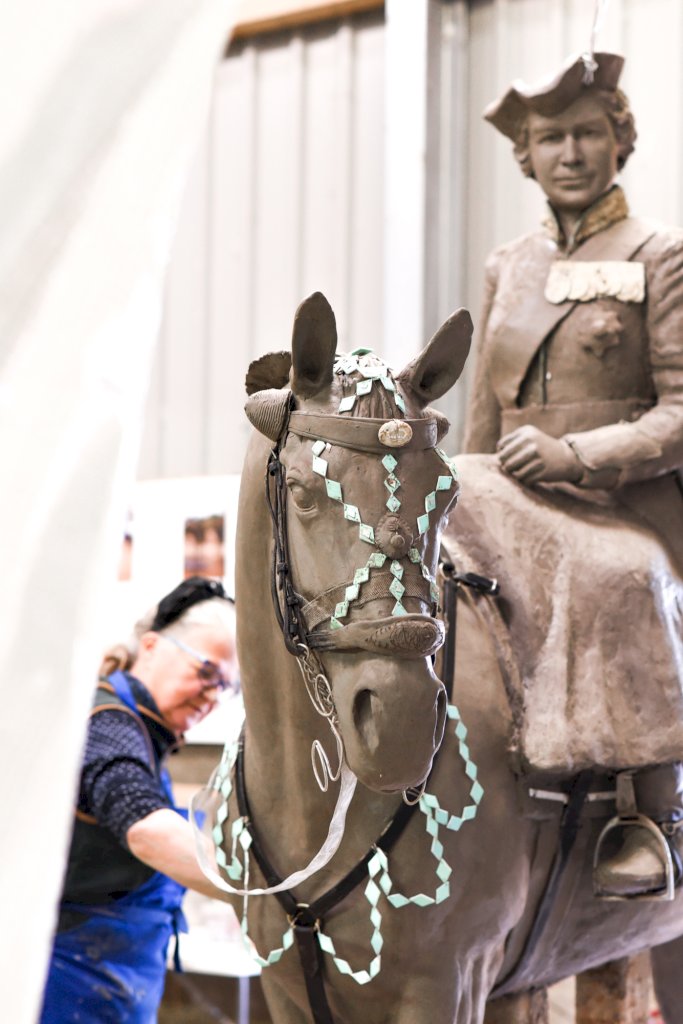