'I was able to get the arch criminal of the Japanese... a bestial swine by the name of Minami' - An officer's letters to his new wife gave their son a glimpse of life in the Far East after Japan's surrender ended the Second World War

Fellow Grapevine member, John Bromley-Davenport, writes a fascinating piece about his parents during the Second World War and how they survived their very long separation. 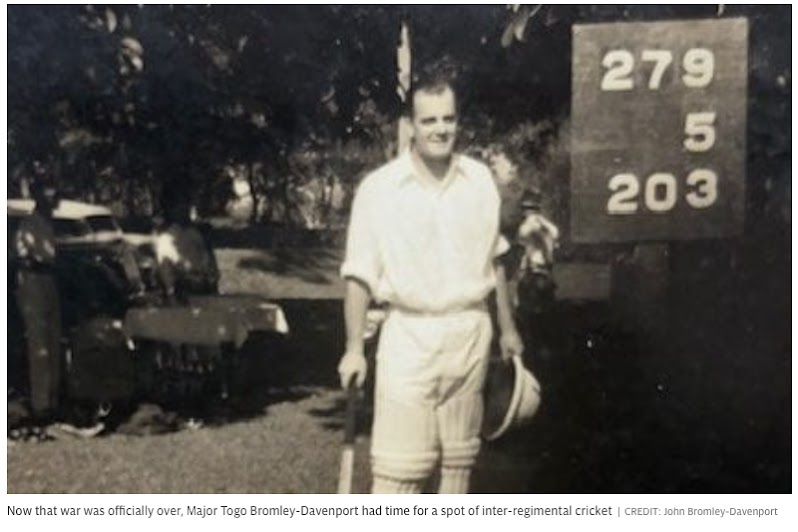 On August 15 1945, my parents, Togo and Elizabeth Bromley-Davenport celebrated the end of the Second World War seven thousand miles apart. She at Capesthorne Hall, in Cheshire, the family home. He in north eastern Malaya (now Malaysia), celebrating with troops and cracking open some bottles of whisky that had arrived in the stores.

He was also trying to keep the peace between local Chinese and Malays and dissuading them from revenge attacks on the Japanese. So he was being kept pretty busy in spite of the surrender, or in one sense because of it.

Togo was born in December 1904 and named Arthur Richard, but six weeks after his birth, the Japanese navy sank the Russian fleet at the battle of Tsushima. This was regarded as a good thing at the time and my father was nicknamed in honour of the Japanese commander, Admiral Heihachiro Togo – and universally known as such for the rest of his life.

A brilliant actor, Togo wanted to go on the stage but his parents were horrified and, in 1926, he was packed off to the Far East and told to get a proper job. This he did, working in Singapore and Indonesia. He was still there in 1939, but fortunately, when the Japanese captured Singapore, on February 15 1942, he was in Java (now Indonesia), so was not taken prisoner. He immediately signed up with South East Asia Command, under Lord Mountbatten. Following training in Ceylon (now Sri Lanka) he joined Force 136 of the Special Operations Executive.

In March 1945 Togo had six weeks leave and returned to England for the first time in over seven years. Whilst he was there, his older brother and sister-in-law, Walter and Lenette, introduced him to Elizabeth and took them to dinner at the Savoy. The evening was a great success and, in less than three weeks, on 18 April, they were married. 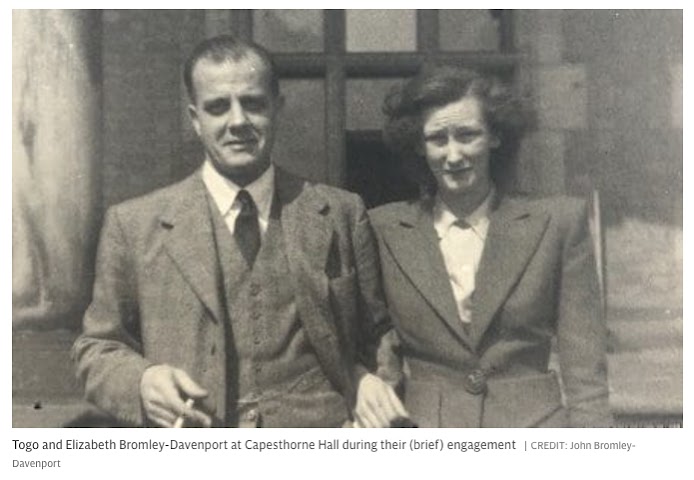 Within days of the wedding, Togo’s leave ended and he flew off to rejoin his regiment in the Far East. During the ensuing months he wrote to his new wife almost every day: letters which throw a very interesting perspective on the situation of troops who were still fighting the war against Japan even as those at home were celebrating Victory in Europe.

He was, of course, delighted when Germany surrendered and filled with joy that his bride and his family and friends were safe. But his thoughts were also wracked with sadness at the continued separation, the uncertainty as to how long the conflict would last, doubts about the future and anxiety over what fate held in store.

On July 3 he parachuted into Malaya, where he was then engaged for a number of weeks in recruiting and training Chinese and Malay guerrillas and in mopping up operations. These involved the considerable dangers and discomforts of jungle warfare, with an invisible enemy sheltered by the trees and hard marching over jungle covered hills and along forest paths. One of the worst enemies was the leech: the bite always seemed to go septic and after the first bite all the succeeding leeches made for the same spot.

On August 7 they got the news of the first atomic bomb at Hiroshima and were invited to celebrate with some 200 Chinese, enjoying a lavish feast of pig and rice. Two days later they heard about the bombing of Nagasaki and on the evening of August 12 they received a message that a total surrender by the Japanese was imminent. The Chinese contingent was incredulous and it was some weeks before they really understood that Japan had been defeated.

The next day, he was ordered to go to Kota Bharu, and set off with a party of Chinese arriving there on August 15 to be mobbed by cheering crowds. “I am glad to say,” he wrote, “that I was able to get the arch criminal of the Japanese Military in the area, a bestial swine by the name of Minami. It was very satisfying to take the surrender of his ceremonial sword, which had undoubtedly been used to execute numerous Malays and Chinese. We brought him back to Kota Bharu and lodged him in a solitary cell there. The tortures of which this and other men are guilty are quite indescribable.”

The irony of this Japanese sword being surrendered to an Englishman named Togo was not lost on him. I have it to this day. It is still sharp – burglars beware.

The main problem was to restrain the local population: “After three and a half years of frightful persecution, their lust for revenge is quite understandable and we had to try and keep them in check and prevent attacks on the Japanese troops and on those local people who were regarded as collaborators,” he wrote. “We have a small group of first rate Ghurkas, who have had a very salutary effect on the bellicose elements of the local community.”

Now that the war was over there was, at least, time for recreation and an inter-regimental cricket match was organised. Togo distinguished himself by scoring 203 not out of a total of 279 for 5. On the winning side again. The work of peacekeeping continued for many months and he was not demobbed until June 1946, when he was finally reunited with Elizabeth.

Despite the fact that they known each other for less than three weeks before they married, they survived the separation; the reunion evidently went well as I was born nine months later. They remained happily married for the rest of their days.