We went to see Jilly Cooper a couple of weeks ago at her lovely house in Gloucestershire. We had a couple of drinks and a lot of laughs about her life and her books. 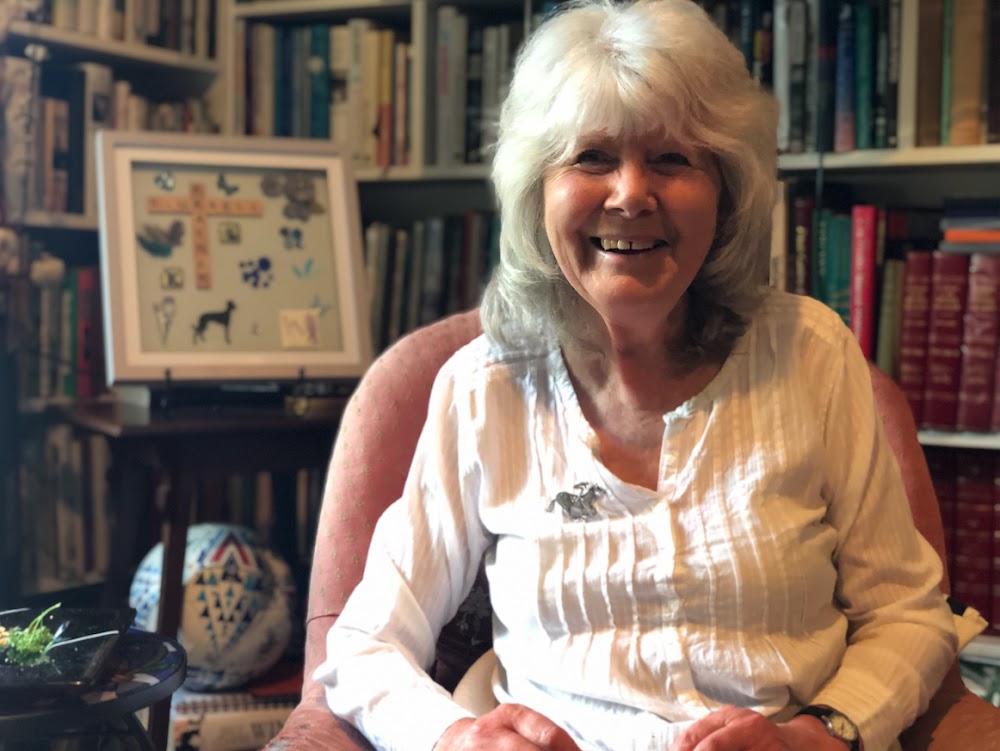 Having written lots of books and done loads of research, what world do you think was the most racy?

I suppose show jumping. Back in the sixties and seventies, everything was much more racy. You’re far too young to know, but everyone was always escaping into horse boxes with everyone else.

Actually polo was also pretty racy too. I was told a funny story the other day about a polo patron, who after he won a big tournament, took all his grooms for a treat to dinner then on to a nearby brothel!

Well orchestras are terribly badly behaved when they go on tour. When I was writing Appassionata, I toured around Spain with the Royal Scottish Symphony Orchestra. After playing like angels at a concert to tumultuous applause, they would party till the small hours.

Then of course there’s racing. The jockeys are pretty randy, but they can hardly eat anything, so they have to cheer themselves up somehow!

So your latest book, Tackle, is about footballers. How does that compare to the equestrians?

Footballers aren’t as badly behaved as they used to be, they aren’t allowed to drink and they are constantly watched by the paparazzi and fans constantly taking their picture on mobile phones. The trouble is they now have to eat all the right food, as well as not drinking, which makes it all rather dreary.

I gather some teams don’t allow their players to sleep with their wives before a game - some players seem to rather pleased about that!

Lower down the league, you hear of a footballer taking a girl away from a bar, screwing her in his Lamborghini before bringing her back to the bar again. Or other players betting each other fifty quid they’ll be the one to pull a beautiful girl.

What triggered your love of writing?

English was the only thing I wasn’t too bad at at school. My great grandfather owned a newspaper called the Leeds Mercy, which later merged with the Yorkshire Post. And my aunt and my father wrote poetry. Then I married Leo, and his father and aunts all published novels.

Could you ever have seen yourself doing anything else?

No, I was absolutely useless at work, and got sacked from 22 jobs, mostly temporary typing and wrecking switchboards. To cheer myself up, I started writing stories, which blissfully got published in magazines, then serials, then full length romances like Octavia, Bella and Imogen, and it all carried on from there.

Do you think the lives of everyone you write about are as racy as they are in the books?

Yes, I think so. Teachers get up to a lot of tricks, particularly at boarding schools! Of course I do exaggerate the sex side and now I’m eighty two, it’s much more difficult because I am past all that. It’s much easier to write about something if one actually does it!

If you could do it all again, out of all the books you have written, which book would you most like to live your life in?

I think The Common Years is my favourite. It’s a diary of our lives in Putney Common where we lived from 1972-82, before we moved to Gloucestershire. The children were young, Felix was four and Emily was two when we moved and their remarks were hysterical.

It also describes the people I met on the Common, our badly behaved dogs, rows with neighbours and the changing seasons.

I also rather love a book I wrote called The British in Love, which is based on my favourite British poems and prose passages, which began as a programme for the BBC.

How do you feel about all this new tech we have now? All these iPads, iPhones, etc…

Well I’ve got Monica next door, my manual typewriter. Monica is wonderful, she has written every book since Riders. Every time I see something on television set in the 40s and 50s, you see some woman typing on Monica.

People’s computers seem to be always breaking down, but Monica doesn’t! People say how can you possibly write books like you do without the Internet and I say, well I go and talk to people. I can’t even email. 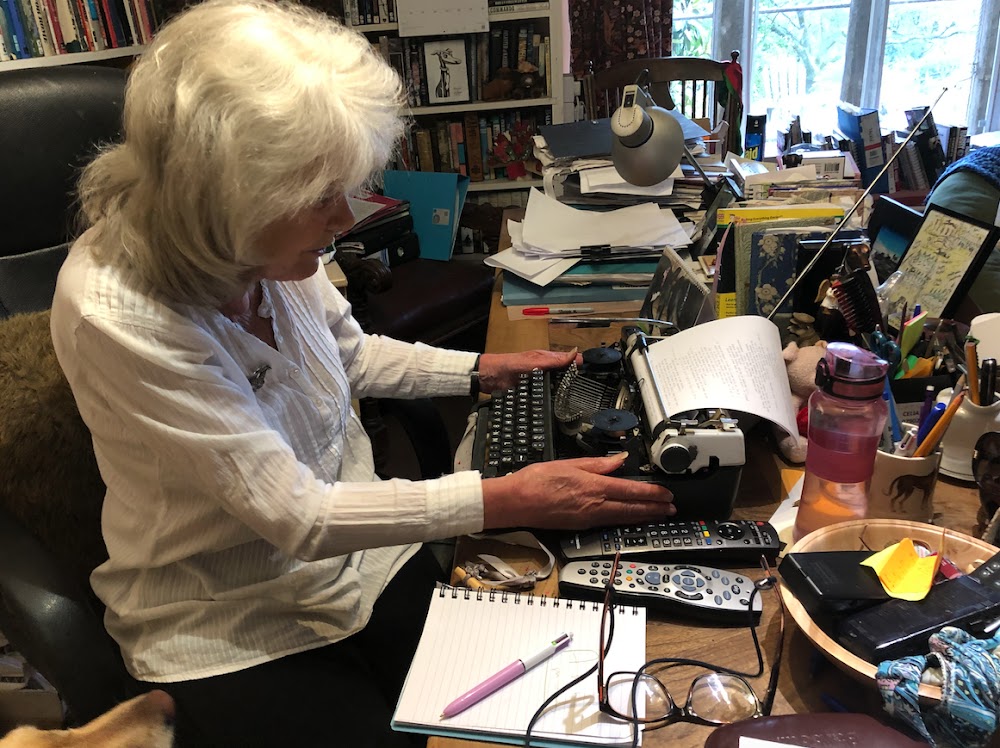 I like it but there always seems to be such a lot of them to do. Some people write emails instead of letters - I don’t think an email is enough to thank for a dinner party really, do you? Or after staying with someone.

Are there any interviews or shows you have been on where you have had a really awkward/nightmare moment or been asked something that’s been highly embarrassing?

Oh god! Yes. I wrote a book called Class in 1979 and I went on tour of Australia, who pretended class didn’t exist there. I went on a radio programme with someone called Caroline Jones, whom I thought was a weather woman.

I can’t quite remember how it came about, but I quoted my daughter Emily as saying, “Mummy’s extraordinary, she always says the the word ‘pardon’ is a much worse word that ‘fuck’! A terrible pause followed that went all over Australia on the wireless.

Michael Parkinson was meant to be interviewing me the next day on some enormous programme but he cancelled, he was so furious with me. 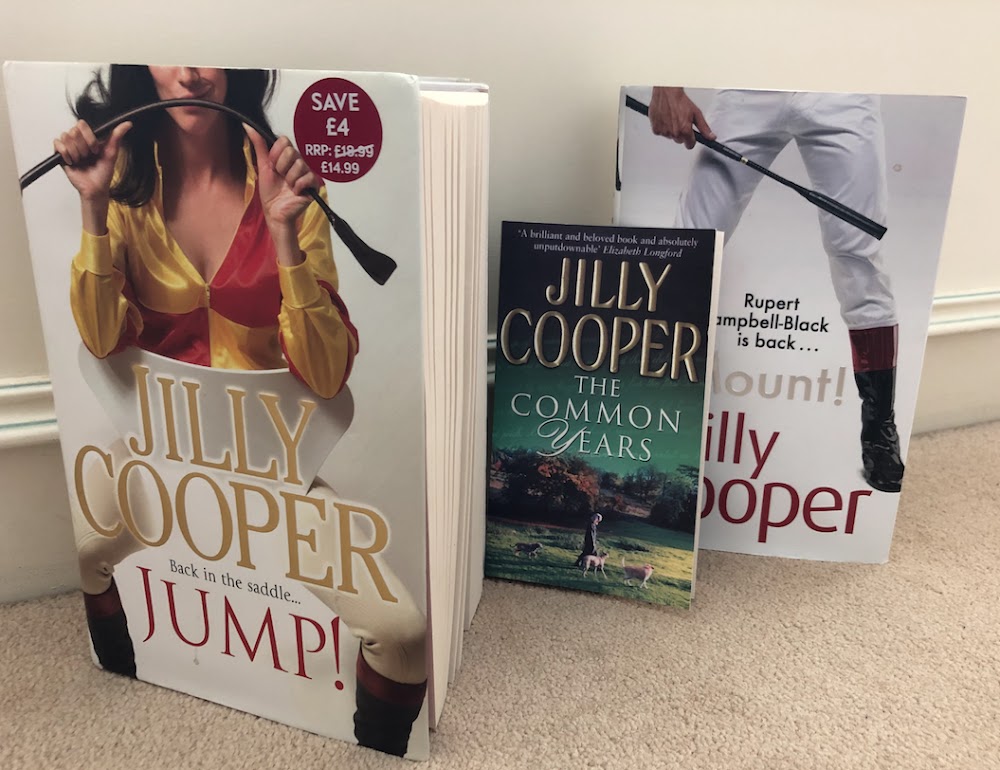 I hear you interviewed Margaret Thatcher..

Yes, I interviewed her twice. I fell completely in love with her. When I was on my way to the interview, the traffic at Whitehall was simply awful.

I fell into her office on Downing Street in floods of tears saying, “I’m so sorry, how awful, I’m so sorry”. I was 10 minutes late. She then said, “My dear, don’t worry, don’t worry.”

Then she said to the secretary, “Get Jilly a cup of tea…now sit down my dear, it’s alright, don’t worry. Now I gather you’d rather come home and interview me. So why don’t you do a long interview with me in Chelsea next week?” So I did that and she was utterly adorable and so nice.

In the ideal world, What would be your perfect day?

Gosh, what would be my perfect day…I think I would like to chill out with my friends, meet Byron, see how his sex appeal travelled down the years and take him to The Ivy.

Oh this is a good story, one my lovely grandsons is a brilliant cricketer and he’s just been offered scholarships by four schools. At one of them, the headmaster invited him in for an interview and announced, “Now I want to get to know you better. If I could wave a magic wand and I could introduce you to Len Hutton or Norman Yardley, or send you out to South Africa or anywhere in the world or back in time, what would be your perfect day…?

My grandson thought for a moment and said, “The thing I’d like most is a lie-in, then to chill out with my friends.”

I rather agree with him, I’d like to chill out with my friends and sleep, I think!

Where would be your favourite place to go on holiday?

I don’t really go on holiday. Leo and I always used to go to the South of France. I’d love to go to Greece, I’d love to go to Rome, there are so many places I want to go, but I never get round to it and I hate leaving my lovely greyhound, Bluebell. 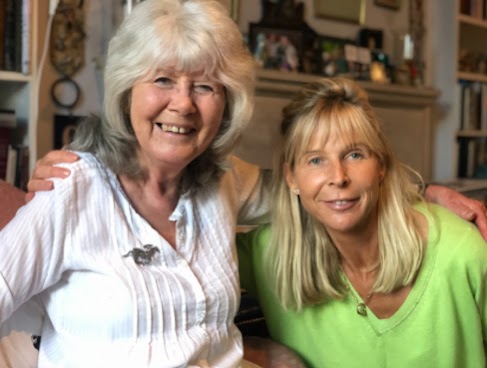 You were happily married to Leo for 52 years. In your opinion, what is the key to a happy marriage?

I wrote a book 50 years ago called How to Stay Married and I had to do an interview recently about what was the secret. I said I thought it’s ‘to love and to cherish’. They are the five most beautiful words in the English language. I just think: hang in there, if you find your husband is cheating on you or your husband finds you’ve been cheating on him, you just have to remember that children are more important, so hang on a bit and things often get better.

I’ve said before, marriage is like building a cathedral, you build it brick by brick. Leo was a darling man but he always said, ‘marriage was a job,’ which I thought was rather unromantic. He’d been married before which I found difficult. I remember he’d just taken his daughter back to his first wife and returned looking very pale and miserable. Then he confessed she had looked at him under her eyelashes and he wanted her like mad…so that’s the sort of thing you have to put up with!

And finally, what advice could you give to today’s teenagers, including my two girls!

It sounds simplistic but I would say, ‘Read’. I can’t bear the fact that today’s young don’t seen to read much. Particularly poetry, or listen to classical music.

I have always read a huge amount of poetry, which comforted me so much when I was your children’s age. It’s such a terrible shock shock when you fall in love with someone who doesn’t love you, or goes off you, and there’s no panadol or painkillers take for it.

You just have to suffer and it’s excruciatingly painful. But if you have poetry to turn to, you realise that all those glamorous men and women in the past suffered just as much and would understand what you were going through.

I also think everybody should get a dog. They always love you even if your boyfriend might not and that helps enormously. 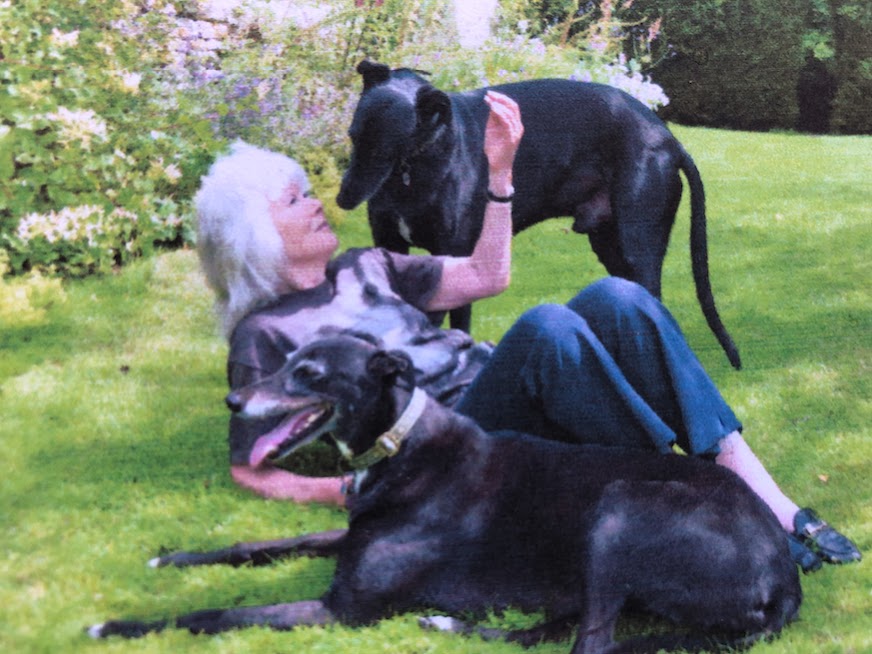