One of the UK's top County Show horse judges talks to us about what she expects from this year's Royal International Show and what makes the perfect showing champion.

Those of us with horses are usually busy with them in one way or another especially in the summer months when the competition season is at its peak. But for Rosemary King, one of the UK’s top County Show horse judges the summer also brings a stream of well-known county shows where Rosemary not only has to judge but also ride numerous horses in various different showing classes. This week as she sets off to judge at the Royal International Show at Hickstead we thought we’d get chapter and verse on what it is that makes the ultimate showing champion. 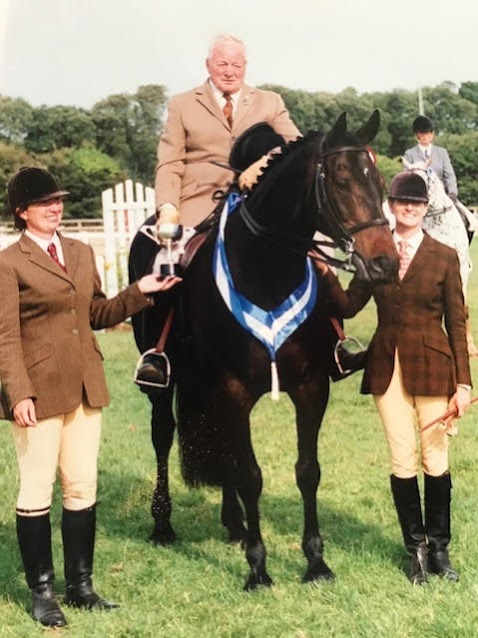 Rosemary, whose own yard is near Stroud in Gloucestershire, has been judging showing classes for over 30 years and began her rise on the Arab Horse Society showing panel when it was a fledgling society aiming to improve its showing profile. Rosemary had previously been on the showing circuit riding show ponies for Stella Harries amongst others. Less than three years later she was accepted onto the BSHA showing panel seeing her involvement as a way of keeping her riding up to standard as well as contributing to the sport she loved. A short time afterwards she also joined the Sport Horse GB showing panel and the Hunters showing panel – the hardest to get selected to she maintains - alongside such ‘old school’ luminaries as David Tatlow, Robert Oliver and John Keen. 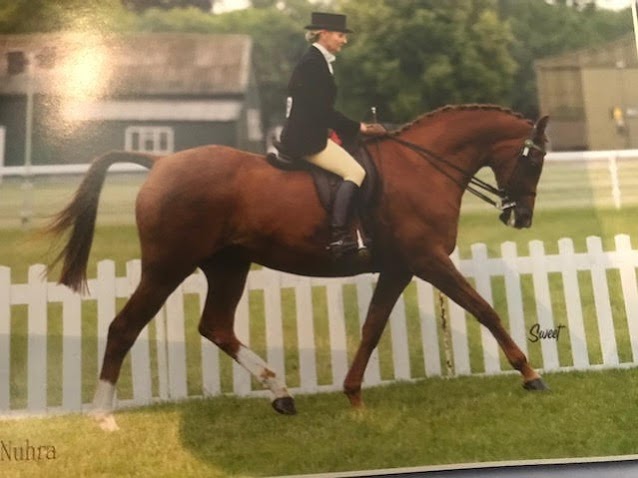 Over a much anticipated cup of coffee together I asked Rosemary what she was looking for in a champion show horse:

‘Primarily it’s of the utmost importance that the horse gives you a great ride,’ she says. ‘Ideally it should be mannerly, responsive, soft and balanced. When it comes to conformation firstly it should be true to type with good, clean limbs and good feet – I always look at the feet – however overall a champion will radiate a sometimes undefinable ‘presence’. Although in the ridden classes the judging is 50% on the horse’s conformation and 50% on its ridden capacity ultimately I believe the ridden element comes first. However I try not to take too much notice of how the rider rides so that I can make up my own mind without being prejudiced in any way.’ 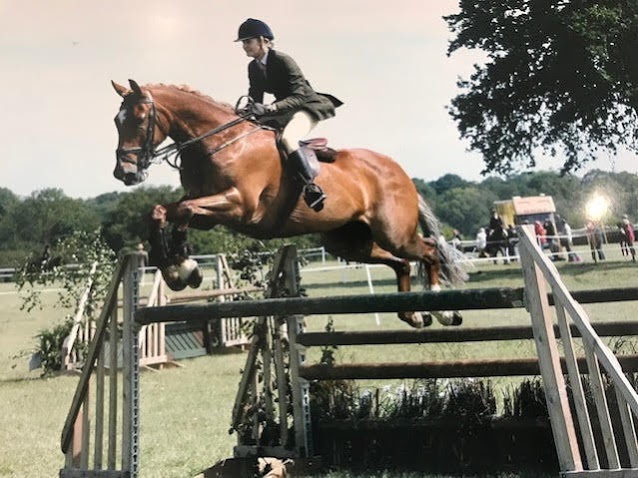 By way of example Rosemary cites a recent experience she had while judging the Ladies Side Saddle Qualifier Class for HOYS at Lincoln County show a few weeks ago in the main arena:

‘There was a horse in the class that my co-judge and I could clearly see didn’t look at all experienced about being in the show ring. It was a big ask for any horse as there was a fun fair and it was generally a big bustling showground. This horse had its head in the air and looked nervous. It was a young ex-racehorse with not a lot of condition and we ended up pulling it in at the end of the line. However, when I got on, the horse carried me extremely well and gave me a very good ride. It didn’t actually put a foot wrong which was a big surprise.’

About 15 years ago Rosemary had a terrifying experience when she was judging a ridden showing class and was being given a leg up by the steward on the horse which had been pulled in last:

‘The horse didn’t want to stand still and it took several attempts by the steward to get me on. That taught me a lesson as when I did get on the horse jumped wildly about 20ft into the air. I managed to bail out to the right hand side and the horse came down and thrashed around narrowly missing my head before galloping off out of the ring. We subsequently discovered that it had behaved very badly throughout the duration of its time at the show and consequently the owner was fined and banned. I then had to go on and judge three more ridden classes - no easy task under those circumstances. Now if a horse messes around more than twice while I am trying to get on, I won’t attempt to get on again and will ask that the horse and rider leave the ring. I sometimes wonder if enough riders practice legging up at home and also don’t give their horses enough experience at small shows first.’ She says. 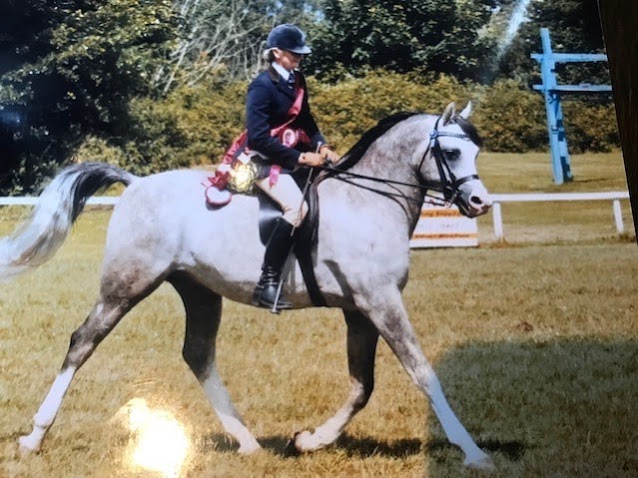 We also wanted to know the funniest thing that had happened to Rosemary in the show ring:

‘I think it was around three seasons ago.’ Rosemary recalls. ‘I was riding a horse of mine called Willows Forever Diamond in the Open Working Lightweight Hunters class at Peterborough Show. I’d been doing quite a few Open classes on him and he had been going really well. It was a very hot, sticky day and we’d been a bit rushed to be honest. I was doing my jumping round and coming back round past the collecting ring when he suddenly and unexpectedly veered straight towards it and jumped out. I obviously apologised profusely to the judge and immediately scuttled back to the lorry with my tail between my legs!’ 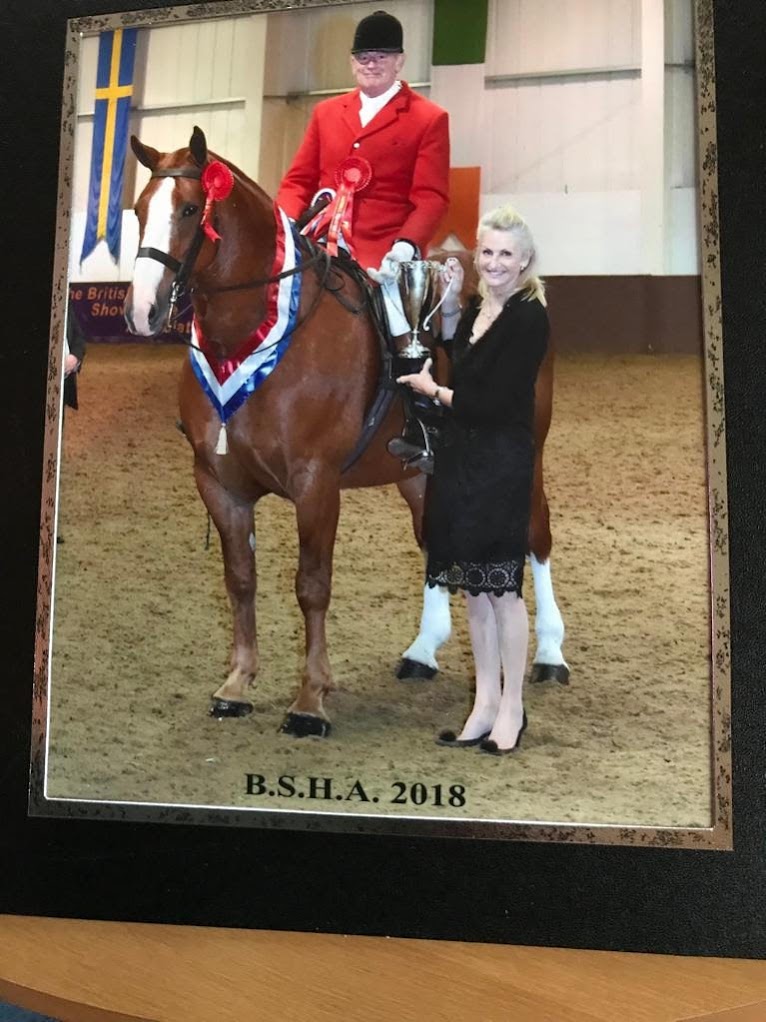